Audio Clips of The Last Wild

It has been a while since we have read The Last Wild but I didn't want to leave a book unfinished. I luckily was able to collect the book from school this week so that I can share the rest of the chapters with you. I have found a short summary online of what has happened in the book so far; you can read the summary below. If you think you would like to listen to the book from the beginning, you can listen to the book using this website:

You will need parental permission as the website only offers a free 30-day trial. After that, the website will charge. 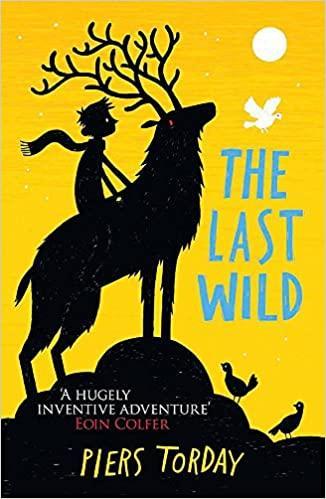 Thank you Mrs Buck for reading the next few chapters!

Thank you to Mrs Young for the next four chapters!

Twelve-year-old Kester Jaynes has been locked in Spectrum Hall — a home for troubled children — for six years. He has not spoken since his mother died, shortly before he was sent to Spectrum. Kester does not believe his father abandoned him, but he has not heard from his father since being sent away. Hidden behind clouded glass windows, Kester has no idea what is going on in the world outside, only that the government and a giant conglomerate named Facto, which produces food from a place called the Factorium, are trying to keep people alive while a plague devastates all wildlife and crops.

Other children in the home pick on Kester because he does not speak. He finds solace in pretending to talk to the various vermin — bugs and birds that have survived the plague. In his mind, he practises the words he used to say and holds conversations with them. One night, he is surprised to learn that the vermin have heard every word and now think he is the one who can save them from the red-eye plague that threatens to kill them all.

Kester follows an army of cockroaches out of Spectrum Hall and is then carried by a flock of pigeons to the only piece of wilderness he has ever seen. The animals there, led by an old but powerful stag, insist that Kester is the one who can find a cure for the plague. Kester knows the only one who could solve the problem would be his father, a veterinarian, but it means going back to the city, which could lead to them getting caught by cullers. Cullers are men sent to kill animals to prevent the plague spreading to humans.

Kester climbs on the old stag’s back and sets off with General, his cockroach friend from Spectrum Hall, who is in his pocket. A flock of pigeons also travels with them and helps scope out a path to the city. A wolf pack tries to stop them from leaving the wilderness, but the stag fights off the pack leader. Later, the wolf’s son joins them to help search for Kester’s father.

When the pigeons give Kester some berries to ease his hunger, he gets sick. Fearful that he has developed the plague, the animals bring him to what they believe to be an abandoned farm. As Kester grows sicker, General helps him to break into the house. They find a girl, Polly, who insists that Kester has come to kidnap either her or her cat, Sidney.